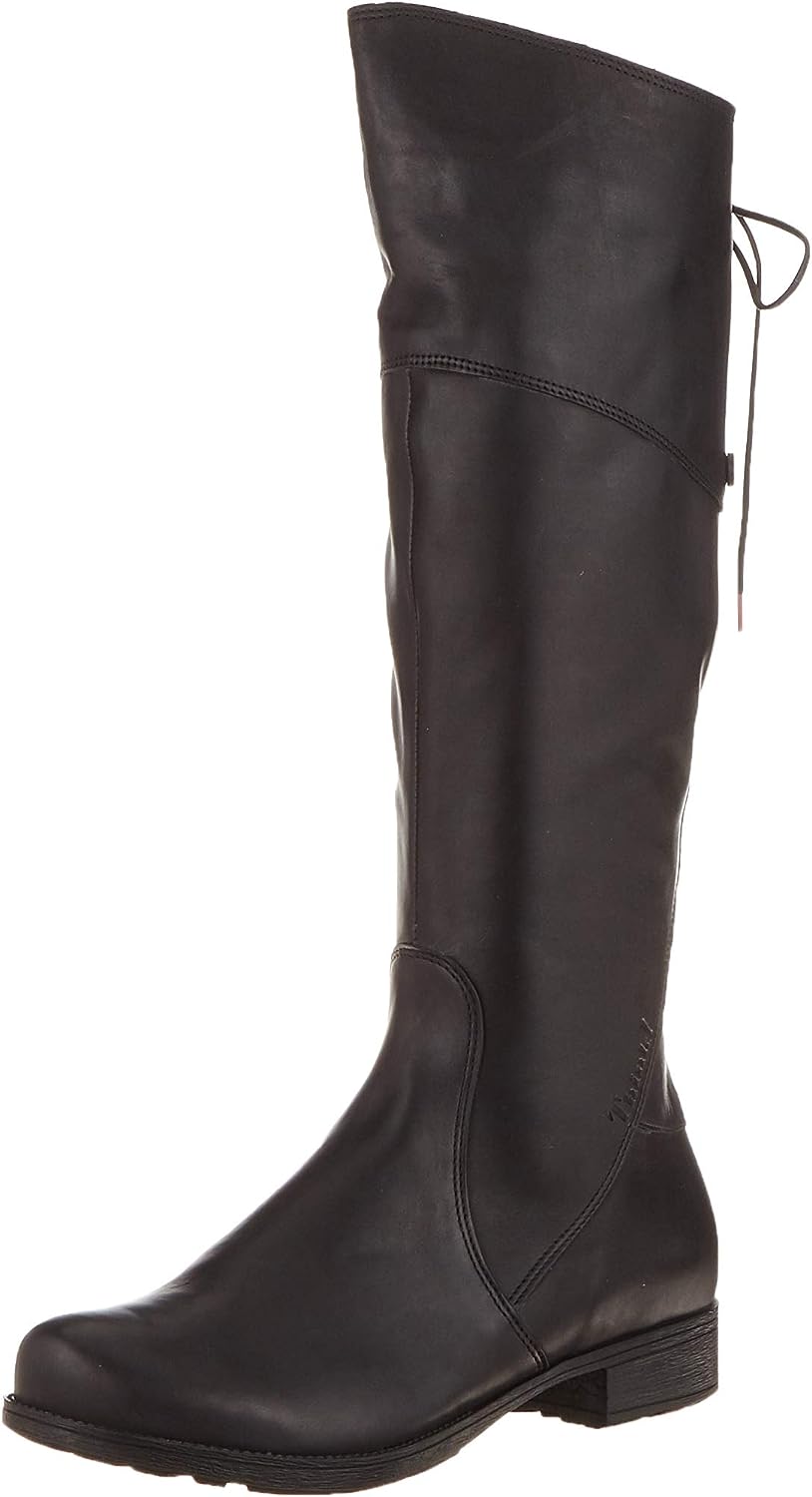 This timeless boot made from high-quality smooth leather (calf) offers decorative lacing on the back of the shaft and is therefore individually adjustable.
To make it easier to put on, a zip is attached to the inside.
Thanks to the natural loden lining, your feet are ideally protected from the cold.
Casual biker boots with an attractive material mix and different lining variations enrich the think! Group thinking, just like the classics of the group.
All Dark models are equipped with a winter-friendly sole and modern profile, which ensures more walking safety.
All Think! Models have a replaceable footbed, d.
h.
The insoles can be done by orthopaedic or later by new DENK! inserts.
These insoles are made from 99 percent natural cork.
This is natural and healthy, because they adapt perfectly to the foot.
The shoe is made of smooth leather (calf).
Individual shoes deserve individual care.
Pamper your smooth leather shoes with Think! Shoe polish or Solitaire Creme Naturelle.
Always apply the care products to dry leather cleaned with a damp cloth.
Spread the cream wafer-thin, with circular movements.
Then polish your shoes with a soft, lint-free wool cloth or brush.

We appreciate your input!

Please give an overall site rating: